If you are from a country with no official plans for missions to the moon, and you want to discover what opportunities the Moon Village Association can offer for your country, you are in the right Place! This document explains the MV-PESC project in more details. Please read it carefully before you apply to the PESC project.

The Moon Village – Participation of Emerging Space Countries (MV-PESC) Project aims to make the moon a truly international destination. Although we are witnessing a rush to the moon, most of the world population are not part of this rush.  Therefore, the PESC project provides support and mentorship for teams to identify moon opportunities for their countries. These opportunities can be scientific, engineering, commercial or cultural opportunities.

The PESC project focuses on the youth between 18 – 35 years old. But more experts’ members are welcomed to participate as well to support the youth in one team representing their country. Each team will be supported to draft a Peer-Reviewed roadmap for their country. This road map identifies the opportunities that a country can utilize to participate in moon activities. The Roadmap is a dynamic document that changes over time based on meetings with potential stockholders. The block diagram below shows the process that each team follows:

As seen above, drafting the roadmap is not the end of the PESC project. Teams will communicate this roadmap to local and international potential stakeholders. As they do so, they will modify the roadmap to better respond to the requirements of the stakeholders. This creates a global network where ideas are shared between everyone.

The MV-PESC project can be seen as a capacity building project, a platform for new potential partnerships and an outreach program for moon activities. It is a capacity building project because drafting the roadmap itself is a great exercise. It is a platform for potential partnerships because a network of potential stakeholders was created. It is an outreach program because we encourage the participation of everyone to the moon.

In April 2019, the first version of the MV-PESC project was conducted in Kuwait. This initial event was aimed to be a pilot project for the MV-PESC project. As mentioned above, the aim of the MV-PESC Kuwait is to create a roadmap for Kuwait that identify opportunities for moon activities. 3 teams were competing to win a scholarship to attend the Space Generation Congress (SGC) and the International Astronautical Congress (IAC). The event was sponsored by the Kuwait Foundation for the Advancement of Science (KFAS). In addition to the roadmap, a list of 9 recommendations for Kuwait were drafted and presented during the COPUOS meeting in June 2019.

The official launch of the MV-PESC project was in March 2020. The launch was after one year of organizing the MV-PESC event in Kuwait as a pilot project. In summer 2020, the first call for teams was announced. It was decided that the MV-PESC project will be conducted fully online due to the COVID-19 Pandemic.  A serious of webinars were organized for the participating teams to familiarize them about the PESC project and to mentor them on how to structure their roadmaps. The following block diagram shows the timeline of the PESC 2020:

8 countries submitted the roadmaps. The countries are Jordan, Egypt, Kenya, Colombia, Mexico, Chile, Nepal, Mongolia and Thailand. In addition to Kuwait, the PESC project have created a network of 9 countries around the world working to make the moon a truly international destination. And, as part of the mentorship process, Feedback meetings were conducted for all teams in January 2021. The Feedback meetings were conducted for each country mentored by the president and vice president of the Moon village Association. 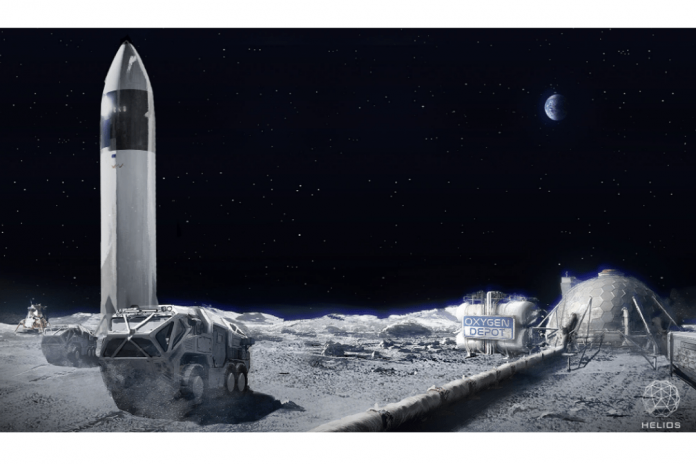