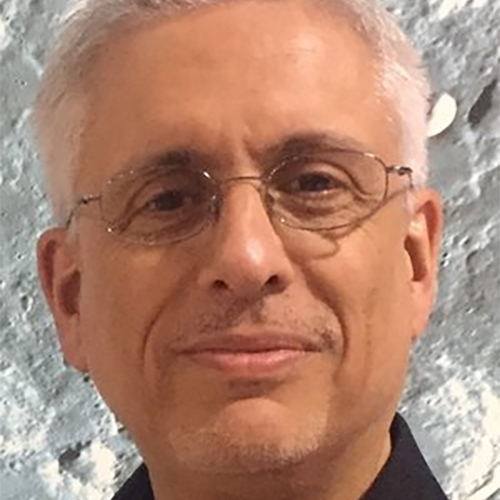 “The Moon Village is important because it offers an open, collaborative framework for international human and robotic lunar and cis-lunar activities of a wide range. This will allow not just countries but also diverse groups, organisation and other actors to engage with humanity’s return to the Moon and the setting up of a permanent presence there.” – Chris Welch

Chris Welch is Professor of Space Engineering at the International Space University in Strasbourg, France, where he is also Director of Masters Programs. He started his professional career working as a space scientist at the University of Kent on the Giotto and Ulysses missions but later redirected his focus to the technical side of space activities in particular non-chemical space propulsion and its applications. Prior to joining ISU in 2011, Prof Welch worked at Kingston University, London where he was responsible for Astronautics and Space Technology activities. During this period, he was also a specialist advisor on two government enquiries into UK space policy.

Within the IAF, Professor Welch has participated in more than 20 IACs and is twice former chair of the federation’s Space and Education and Outreach Committee. He also sits on the IPC Steering Group as the Category E Co-ordinator and is a member of the Space Universities Administrative Committee and the Committee for the Cultural Utilisation of Space. In 2015 he was the recipient of the IAF Distinguished Service Award.

A longstanding supporter of space education and outreach activities Prof Welch sits on the boards of the World Space Week Association and the Spacelink Learning Foundationand the Advisory Board of the Space Generation Advisory Council. In 2009 he was awarded the Sir Arthur Clarke Award for Space Education. Other board memberships include the Arts Catalystand the Initiative for Interstellar Studies. Prof Welch has BSc (Hons) in Physics from Cardiff University, an MSc in Space Physics from the University of Leicester and PhD in Spacecraft Engineering from Cranfield University.