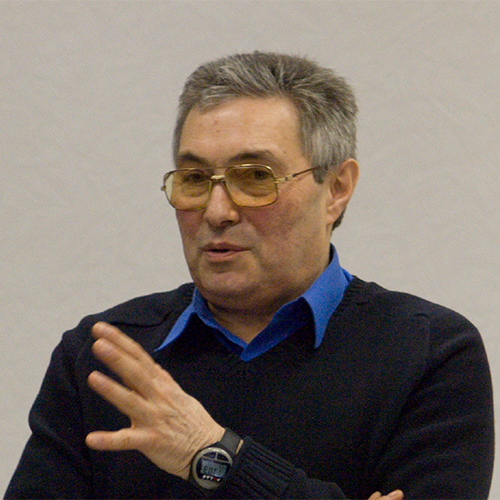 Professor Lev M. Zelenyi is a leading Russian physicist with a worldwide reputation in space physics. He has spent his professional career in the Space Research Institute of the Russian (former USSR) Academy of Sciences. He entered the Institute in 1972 at the position of Junior Researcher. His topic is researching the processes in the magnetosphere and related phenomena. Besides that, he is also focused on planetary physics, namely of the Moon, Mars, and Venus, and fundamental issues related to the Solar system’s origin.

He was Principal Scientific Coordinator of the INTERBALL programme (1995-2006) with 15 countries participating in the magnetospheric research.

He is the Russian Lunar program’s Scientific leader since 2009 and the Russian part of international programs ExoMars and Resonance.

He became a Director of the Space Research Institute in 2001, the position he was in till 2017. He served as a Vice-President of the Russian Academy of Sciences in 2013-2017.

Lev M. Zeleny is a member of the Presidium of the Russian Academy of Sciences, a professor of space physics at Moscow Physical-Technical Institute, and a member of the International Space Science Institute’s Board of Trustees and the COSPAR Bureau.