Human spaceflight has started in 1961 with the launch of Yury Gagarin, since than most of the human missions have been in the so-called “Low Earth Orbit” (LEO). This indicates an orbital altitude of about 400 km. Hundreds of astronauts has flown and since nearly 20 years the International Space Station is permanently inhabited.

The International Space Station (ISS) has been a tremendous political and technical success. However, the ISS program is coming to an end in the next few years. Although national/international stakeholders in US, Europe Japan Russia, China and others will continue their activities. Major new business ventures are planned in low Earth orbit (LEO) assuring a constant utilization of the opportunities offered there to provide a range of new services. We have now to look to our next stop beyond LEO.

Is the Moon the next destination of humankind and why we shall go back after 50 years?

The Moon is the next destination since is the closest body outside Earth, only 3-4 days trip, compared with about 8 months for Mars.

Why we shall go back?

When we went to the Moon in the 60s, this was driven only by the political reality of the Cold War. United States was having a space race with the USSR since the launch of Sputnik in 1957 and going to the Moon before the Soviet became a national priority to show to the world that the Western system was the best.

Once the space race was won by the US when Apollo 11 landed on the Moon in July 1969, the motivation to continue with the exploration of the Moon ended, so were the Apollo missions. The last man to set foot on the Moon was in December 1972 with the Apollo 17 mission.

In the nearly half a century since the last human Moon mission, a lot has changed:

The combination of the above developments has made the exploration of the Moon financially interesting and therefore potentially sustainable.

This explains why in many countries – both governments and companies – have plans to go to the Moon, to expand scientific knowledge and to assess the extent to which the Moon’s natural resources may generate new wealth for humanity.

Beside the concrete reasons indicated above there is the human drive towards exploration. Humanity since it moved its first steps, probably in Africa, has always explored as a need to improve its conditions. This is probably rooted in our DNA and it is possibly a mechanism of self-preservation of our species. As Konstantin Tsiolkoswki said in early XX century, “Earth is the cradle of humanity, but one cannot remain in the cradle for ever”. The Moon is there to help us to move out of Earth. Without the Moon, it would have been much more difficult because of the distance to Mars compared to the Moon. The Moon exploration and settlement is the first step towards making humanity a multi-planetary species. We explore to expand our knowledge, this provides inspirational reasons for humanity to look positively to our future rather than being folded in everyday problems. Exploring the Moon will help humanity to cooperate on a global scale and build a fairer and inclusive society learning from the history.

In March 2020, the “Moon Village Principles” Issue 2 also known as “Best Practices for Sustainable Lunar Activities” were published.The goals of these Priciples are:

Call with an Astronaut takes place

As the conclusion of the "One to one video call with an Astronaut" Contest that MVA released on May, the...
Read More

“Are you ready for the Moon Village?” Survey Results

Download the presentation with the results of the “Are you ready for the Moon Village?”. Download Presentation
Read More

Presentations and posters are solicited dealing with current and proposed lunar return plans from the entire global community.  Due to...
Read More

President's Words The COVID-19 global pandemic have changed our style of life opening new opportunities and the Association have initiated...
Read More

Non-space business goes to the Moon

The ESA Downstream Gateway and the Moon Village Association (MVA) are organizing a webinar to address opportunities and challenges for...
Read More 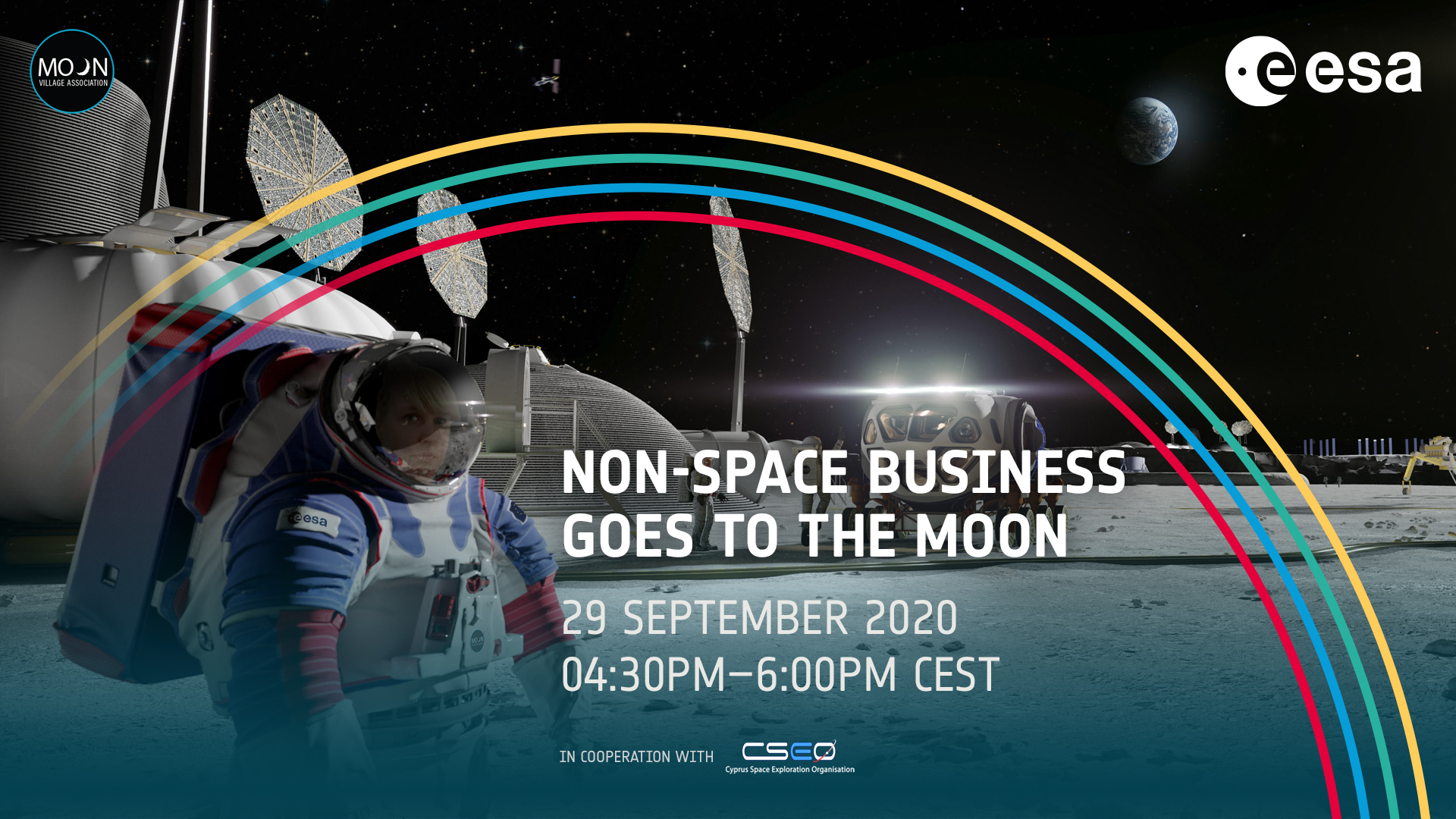 Find out more about how you can join and support the MVA mission.