Governance of Global Moon exploration and settlement – Episode 2: Operating with Due Regard, Avoiding Harmful Interference, and Establishing Safety Zones 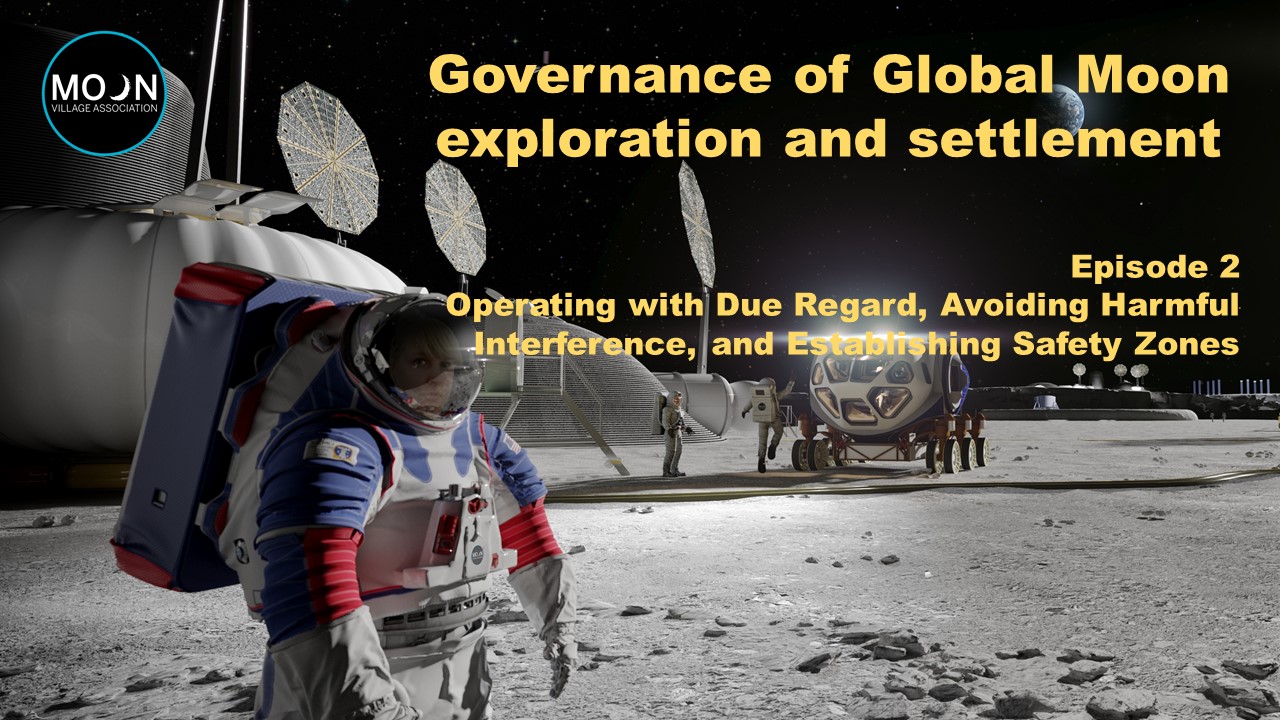 Humanity will soon be returning to the Moon through the individual and cooperative efforts of multiple space agencies and private companies around the world. This new era of lunar exploration will witness resource extraction, energy generation, habitat construction, and, in time, a growing permanent international human presence on our Moon with everything that human settlements bring.

The community of space lawyers and policymakers have responded to this new reality on multiple fronts and have produced a number of instruments including (i) the upcoming UNCOPUOS General exchange of Views on Potential Legal Models for Activities in Exploration, Exploitation, and Utilization of Space Resources, (ii) NASA’s Artemis Accords, (iii) The Hague Building Blocks for the Development of an International Framework on Space Resource Activities, and (iv) the Moon Village Principles regarding Best Practices for Sustainable Lunar Activity. Of course, all of these initiatives exist against the background of existing international law.These webinars will invite all stakeholders to learn about these various initiatives and to contribute their thoughts to the conversation. The webinar explains how each of these initiatives fulfills a different role in laying the legal groundwork for future lunar activity. These initiatives complement one another and combine to create a path toward an international legal ecosphere that will facilitate the success of the current lunar projects, while at the same time addressing the needs of the international community.

This second episode will address some of the central issues that hover above humanity’s return to the Moon:

Register to participate in the webinar or watch live on the MVA Facebook Page.

The admission in the webinar will be on a first come first served basis.

Mr. Mike Gold currently serves as the Acting Associate Administrator for NASA’s Office of International and Interagency Relations. He is also responsible for providing strategic direction to the Office of General Counsel and supporting NASA’s LEO Commercialization efforts. Prior to joining NASA, Mr. Gold was the Vice President of Civil Space at MAXAR Technologies, and was also General Counsel for the company’s Radiant Solutions Business Unit. Additionally, Mr. Gold spent 13 years at Bigelow Aerospace where he established the company’s Washington office, oversaw the launches of its Genesis 1 and 2 spacecraft, and received a team award from NASA for his contributions to the Bigelow Expandable Activity Module.

Mr. Marius–Ioan Piso is the President and Executive Director of the Romanian Space Agency (ROSA). He is a leading figure in space science in Romania. As an early science and technology professional, he contributed to the establishment and leadership of the Romanian Space Agency, the Institute for Space Science and the national research and development programmes in space, aeronautics and security. He is active in promoting international cooperation in space science and technology at the level of the European Union, the United Nations and other international organisations. He contributed to the development of a national research, industrial and political space community and managed the successful accession of Romania as a Member State of the European Space Agency.

President's Words Several webinars have been organized dealing with all the WGs and activities of the Association. The average number...
Read More

The Moon Village Association is inviting individuals interested in participating in or otherwise contributing to the Global Expert Group on...
Read More

Vienna, Austria - (November 9, 2020) – The near future will see a multitude of lunar missions through the efforts...
Read More

A presentation of contemporary poetry about the Moon by Christopher Cokinos and Julie Swarstad Johnson, supported by a show of...
Read More 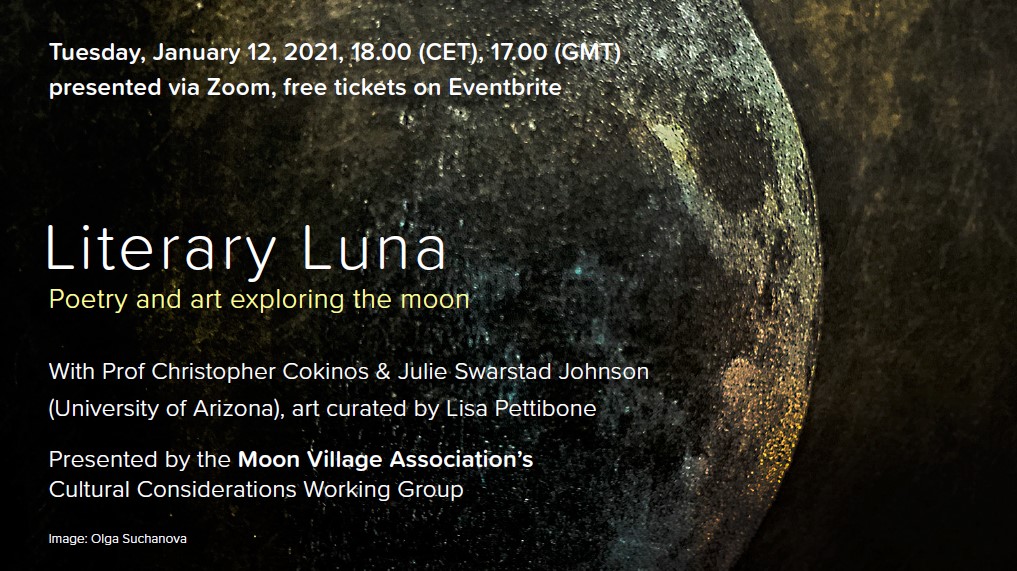 Agenda:  Promotion of the next webinar Literary Luna (December 15 at 18.00 CEST). Development of WG's presence on social media....
Read More

Find out more about how you can join and support the MVA mission.